LIKE ANY NORMAL DAY: A Story of Devotion Winner of the 2013 PEN/ESPN Award for Literary Sports Writing

Like Any Normal Day centers on Buddy Miley, who as a star quarterback for his high school football team in suburban Philadelphia, became a quadriplegic when he shattered his vertebrae during a game in the fall of 197. In the long 23 ½ years that followed, as his friends had careers and children, Buddy remained at home under the care of his mother Rosemarie, who saw to his every need even as her own body eventually began to break down. With the aid of his younger brother Jimmy, a former pro baseball prospect who idolized him, he set out of on a quixotic search for a cure that included a trip to the healing shrine at Lourdes. Steeped in longing for his teenage sweetheart, Karen, who remained a loving friend even as she moved away and married, Buddy ultimately convinced Jimmy to deliver him into hands Dr. Jack Kevorkian, the controversial “Suicide Doctor.” At once heart-wrenching and hopeful, Like Any Normal Day explores the claims that duty places upon each of us in the aftermath of a catastrophic event and asks the universal question: “What would you do for someone you love?”

“You’ll be unable to turn away from this heartbreaking true story.” – O., The Oprah Magazine 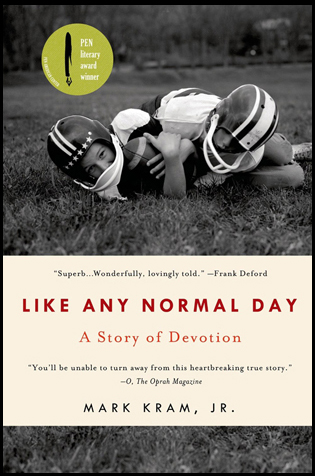 RADIO: Only a Game with Bill Littlefield 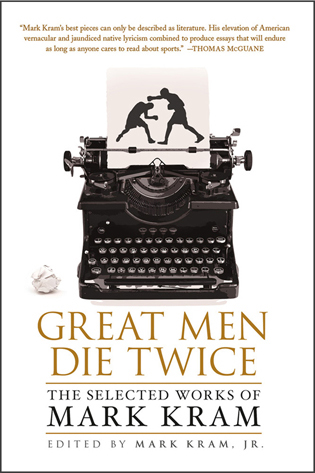 On a writing staff composed of a galaxy of stars that included Frank Deford, Dan Jenkins and other major talents, Mark Kram would be remembered in his New York Times obituary in June 2002 as one of “the most lyrical writers” to appear in the pages of Sports Illustrated in the 1960s and 1970s. LINK: https://www.nytimes.com/2002/06/15/sports/mark-kram-69-sportswriter-known-for-his-boxing-coverage.html . With the eye of a poet, Kram distinguished himself on the boxing beat at SI, particularly with his coverage of the pitched rivalry between Muhammad Ali and Joe Frazier. At SI and years later at Esquire and elsewhere, he contributed extensive sharply observed long-form work highlighted by profiles of Negro League baseball legend Cool Papa Bell, soccer star George Best and Olympic hurdler Edwin Moses. Great Men Die Twice selects his best work with a moving introduction by his son, Mark Kram Jr., the PEN/ESPN Award-winning author of Like Any Normal Day.

“Mark Kram’s best pieces can only be described as literature. His elevation of the American vernacular and jaundiced native lyricism combined to produce essays will endure as long as anyone cares to read about sports.” – Thomas McGuane

REVIEW: Kirkus. “A solid introduction to an important sportswriter."

RADIO: Only a Game with Bill Littlefield.

REVIEW: The Queensberry Rules. “Mark Kram was a writer of immense talent.” 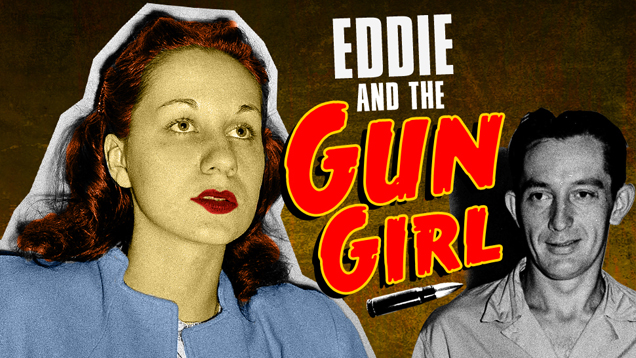 Eddie and the Gun Girl is the true story of the shooting of Philadelphia Phillies All-Star first baseman Eddie Waitkus by female admirer Ruth Steinhagen. While such incidents would become commonplace in ensuing years, as stars of every persuasion would surround themselves with bodyguards and live in increasing fear of unannounced assailants, the attack on June 14, 1949 at the elegant Edgewater Beach Hotel in Chicago would become ground zero in the age of the obsessed fan. In a superbly sculpted tale of insanity and surpassing human resolve that plays on the edge of myth, Mark Kram, Jr. walks us back to an event that held America spellbound would be fictionalized by Bernard Malamud in his classic baseball yarn, The Natural, which would be later  adapted for the 1984 film starring Robert Redford.

“Kram does a nifty job of probing psyches and evoking period atmosphere. All told, it’s as snappily turned as a 6-4-3 double play.” – Dick Friedman, ThinReads